On top of science – Interreg-TERMIS Winterschool 2018

If a great opportunity presents itself, why wait another year? The otherwise biannual TERMIS Winterschool returned in 2018 as a joint event with Interreg, putting mechanobiology in the spotlight. From January 14th to 17th an international group of scientists and students met in Radstadt, Austria, to discuss this innovative field. Focusing on in vitro and in vivo preclinical models the presenters shared experiences all the way from cell sources to specific applications. The last day offered insights in imaging methods.

Throughout the meeting the talks highlighted the cooperation between the Interreg partners. The first ground was broken by Severin Mühleder from the hosting Ludwig Boltzmann Institute for Experimental and Clinical Traumatology (LBI Trauma), Vienna, who described the role of G protein-coupled receptors in mechanobiology. His presentation was followed by a range of exciting aspects like the Lab-on-a-Chip Technologies introduced by Peter Ertl from the Technical University Vienna or the Hippo signaling pathway mechanism which was planned to be presented by Giancarlo Forte from the St. Anne’s University Hospital Brno. As he got the great news of becoming a father, it was his student Jorge Oliver De La Cruz who gave an insight on it. The successful conclusion on the last day of the meeting was given by Dan Kytyr from the Czech Academy of Sciences and by Patrick Heimel from the LBI Trauma. Both were presenting their work in the field of micro-computed tomography. But also apart from the Interreg members, the whole group showed the internationality characteristic for science. Among the invited speakers were Sahar Salehi from the University of Bayreuth as well as Peter Zammit and Nicolas Figeac who made their way from King’s College London to participate in the event. That long distances are not an obstacle even if something gets in the way of travelling was proven by Darja Marolt, who simply joined via video call.

Beside the scientific interchange there was enough time for wellness and sports. Whether you appreciated the relaxed atmosphere in the spa or the location next to the slope, the great hotel “Zum Jungen Römer” offered plenty of opportunities which were also a benefit for networking. The social highlight was the traditional sledge ride on the last evening, defying the thick flurry of snow, followed by a spontaneous snowball fight. 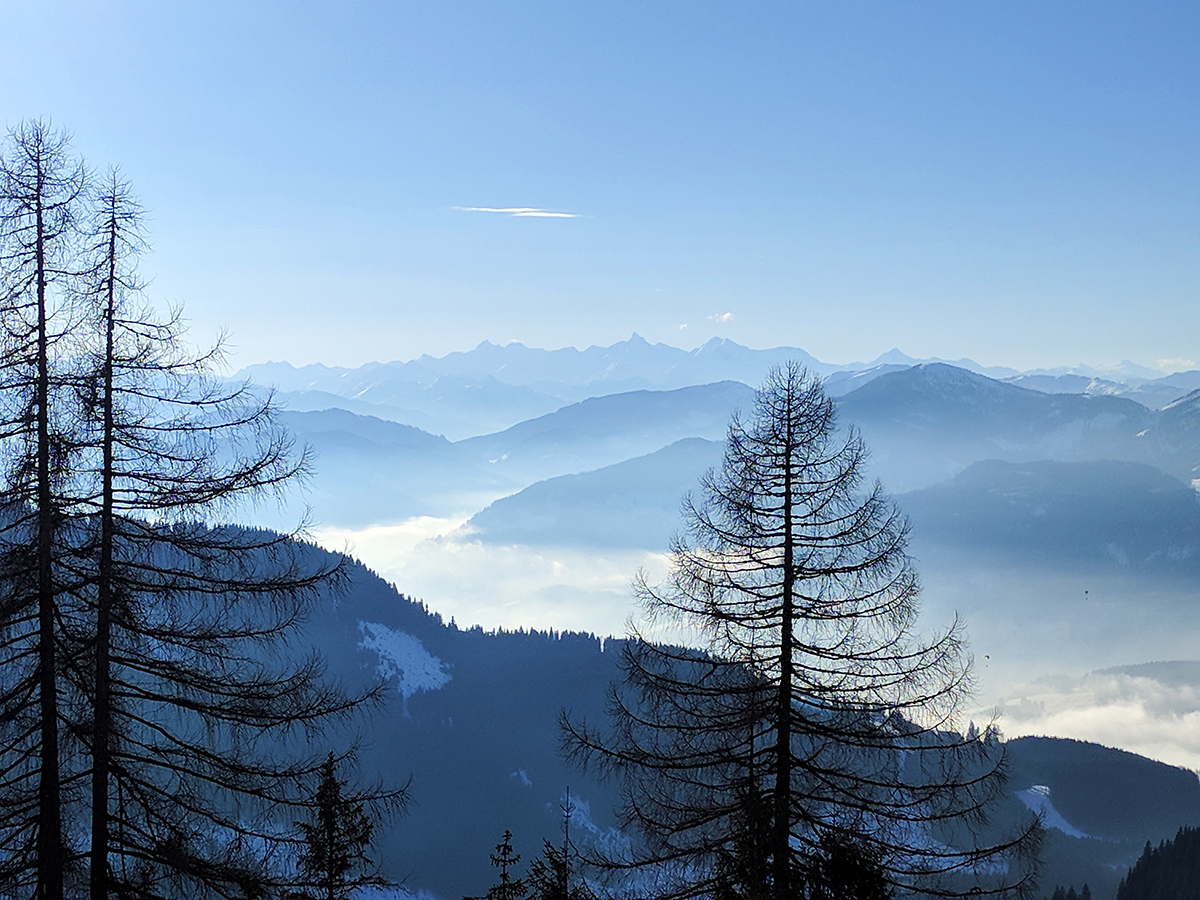